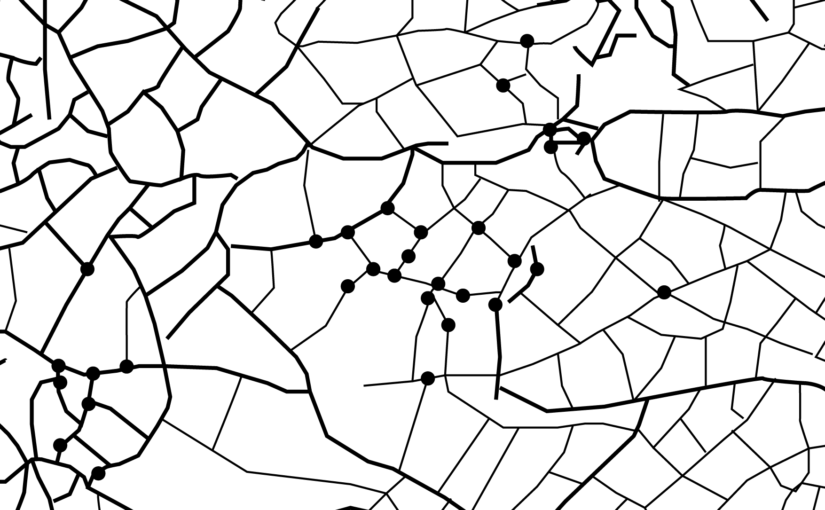 We started to communicate with the main actors of our research to start a discussion, and exchange of practices. As our project intends to create a platform seeded by video interviews, we made our first dialogues with the City Detective (Şehir Dedektifi) from Istanbul, Turkey; Spălătorie Theater (teatru spălătorie) from Chișinău, Moldova; Gato Gordo from Granada, Spain; and Little Tree from Thessaloniki, Greece.

City Detective is a civic initiative that focuses on the child’s right to live in a healthy and safe environment. They support active citizens who want to take a part in decision making processes in their city, and increase children participation in spaces. They also develop rights based tools on children’s relationship with the city.

The interview was held by our group member Liana Kuyumcuyan, with Gizem Kıygı and Nur Akdemir from the City Detective. The main points of the interview were highlighting the structure and current work of the civic initiative, and learning their tools that developed as an additional way of learning to the traditional system of education.

Since Istanbul is a mega-city that continues growing, different age groups confront different difficulties while engaging with the city. As these challenges increase, it starts affecting the daily life of the citizen, which might end up with drawing back. To enhance the engagement with the city in early ages would be the best way to teach children to be active and aware citizens, and to know their rights to use the public space. The City Detective works on sharing this knowledge via their mapping projects, city walks and #documentation that tackles the problematic areas in the city, and also public transportation which is not seen as a space, but contains a lot of engagement with the children.

Spălătorie Theater (teatru spălătorie) is an independent art initiative from Chișinău, which was founded in 2010, is stemming from the need of creating an alternative art space in Chișinău where artists could act and react to the political and social events in Moldova, but also to the ones occurring in the broader European region and generally in the world. In 2011 spălătorie has launched the călcătorie residency, a 5 week residency program at teatru-spălătorie. călcătorie is a creative platform for artwork and interaction between young independent Moldavian artists and guest artists both local and international. Besides theatre productions spălătorie has encouraged and supported the production of performance art works by local Moldovan artists. The initiative has also encouraged Moldovan visual artists that work abroad to present their work in Chișinău.

Interviewed by Vladimir Us, Nora Dorogan and Artiom Zavadovschi, as representatives of the art collective, state the importance of the independent theater initiatives for developing of a critical discourse beyond the limits imposed by traditional public theaters in Moldova that are often lacking vision, overlook the existing reality, lack strong connections with the publics and are hierarchically organized, which fact reflects on the way they operate today.

Gato Gordo arises under one of the roofs of the Realejo neighborhood, Granada, one spring day in 2013, when a small group of friends and inhabitants of the same house, who will be joined by other restless beings, decide to open the doors of their more intimate corners and turn their home into an authentic scene where once a month creativity sprouts in any corner and magic just happens.

Constituted as an associative space, and aware of the need to generate new spaces and artistic proposals in the city and in current times, they create a place of experimentation in which to share and combine their various personal baggage through search and creation processes. collective where music, gesture, word or dance investigate other forms of artistic expression and question the existing borders between them.

’Intoxicated by this growing learning process, and eager to continue meowing and purring, Gatogordo takes to the streets and begins to inhabit other unconventional spaces in which to do theater. Thus, they bring the theater to everyday spaces in the city, proposing in each event the creation of shows that make the spaces and the people who inhabit them speak.

Interviewed by Iris Díaz, Maribel and Sara, as representatives of the art collective, state the importance of creating cracks between public space and private space. Pushing the boundaries of theater. Gato Gordo is a laboratory where communication, self-management and community are the main tools.

The “Little Tree that will become a forest”, is a self-organized pedagogical project that works with the values ​​of liberal education and experiential learning. It started operating in January 2014 and its “forest” is located in the area of ​​Kryoneri, Thessaloniki. The people who make it up are a group of children, parents and educators. The initial “mixing” of these parents and educators arose from their need and desire for a different education. An education that at the first level starts from respecting the individuality of each child, his personal rhythms, his needs and desires. At the second level, it continues with the experience of the direct democratic community, with tools of co-education, mutual aid and participation in collective life. They consider it essential to accompany children with empathy, honesty and acceptance in the discovery of knowledge and in their comprehensive development. On the one hand,they are struggling to realize this education in the here and now, through the operation of the Little Tree. On the other hand, it is equally important for them to fight to open the issue of liberal education in public.

Interviewed by Theo, Sasa, Silia and Sofia are from this collective of educators who have chosen the collective and horizontal organization of their work aiming for the sharing and exchange of tools. Each of them has been trained in areas such as Interventional Non-Directivity, Environmental Education, Therapeutic Play, Counseling Psychology, Experiential Education and Montessori Education. At the same time, because they believe that knowledge has no beginning and no end, no age restrictions, they continue to read, learn, explore, train, relocate, revise and redefine themselves.